The darling of the masses- Deepika Padukone takes sexy to a new high as she sports those geeky glasses, doesn’t she? Not only does it add a hue of seduction to this enchanting lady but also highlight her facial features a lot better. Geeks are gorgeous, is all I have to say after having a look at her.

She comes across as a chirpy and ebullient girl-next-door who transforms into a solemn, no-nonsense but seductive diva whose gaze can hold one bewitched! Have a look at her in that pair of geeky glasses and spare a minute for yourself to drool 🙂

She is undoubtedly one of those Bollywood Actresses Who Rock Nerdy Glasses. The reigning Fashionista of Tinseltown- Sonam Kapoor dresses to kill. Naturally, accessorizing which is concomitant with dressing up, is where Sonam never fails to experiment. And like most of her experiments, she is successful here too! She looks drop-dead gorgeous in those glasses and professional attire, doesn’t she?

The Queen of Quirk- Kangana Ranaut is a sure-shot head-turner. Period. And when she adds those frames to her quirky look and leaves her curly locks loose, you cannot help but sigh in admiration.

Miss World 1994 can hardly ever not do justice whatever she wears even if it is a pair of geeky glasses. She donned one in her flick- Guzaarish opposite Greek God – Hrithik Roshan. Sexiness redefined!

A new kid on the block but a connoisseur when it comes to fashion and styling, Kriti Sanon defines cuteness as she wears a pair of nerdy glasses. Doesn’t she look like a typical girl-next-door whom you have been trying to ask out for a date for long? 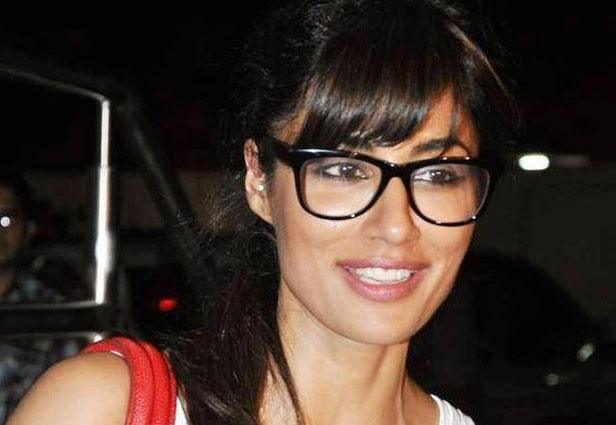 Add seduction, ample sex appeal and oodles of charisma and there you get- Chitrangdha Singh. This ‘Hazaron Khwaishein Aisi’ lady in nerdy glasses looks like the boss who you have been besotted with ever since you first saw her. Solemn, stern but ravishing in one go!

There you have Geeky and Gorgeous : Bollywood Actresses Who Rock Nerdy Glasses. Whose look do you admire the most? Don’t forget to share your views with us 🙂