Jai Ho is an upcoming Hindi language Indian action Drama feature film directed by Sohail Khan and produced by Sohail Khan along with Sunil Lulla, starring Salman Khan and newcomer Daisy Shah along with Sana Khan and Suniel Shetty in major roles. The film has Tabu playing Salman’s sister while Danny Denzongpa plays the main antagonist. This Salman film is getting released after a gap of 13 months from his last solo hero starrer Dabangg 2 which was released in 2012 December.

It is not the first time that, actress Daisy Shah, who is the leading lady of Jai Ho, will be sharing screen space with Salman Khan. Daisy, actually, has worked with Sallu before in two of his films in the past. Did you know that?Well, Daisy had previously worked as a background dancer with Salman. Sources close to the actress revealed that Miss Shah was a background dancer for Kareena Kapoor and Katrina Kaif in their films when they starred opposite Salman Khan.

The Mumbai girl started her career in showbiz as a background dancer and then assisted choreographer Ganesh Acharya for three years. Its not a regular feature that a background dancer gets to feature as the leading heroine of a Salman Khan movie. Daisy has also dabbled with modelling before joining films.

Daisy Shah Looks just perfect for heroine. Daisy shah’s height, figure, hairstyle everything is just perfect which heroine rolls needs but don’t know about her acting skills in movie but few days waiting for it also. But one thing I noticed she really does good job in dancing.

28 years Daisy really look 28 in movie also may be because of her body structure. 🙂

In full movie Daisy Shah completed the same look of hairstyle which was side swept permed long hair which were left loose. The bangs and voluminous hair looked perfect on the actress.

For this look you need

Overall Daisy Shah looking gorgeous in this movie. I loved her hairstyle, makeup which was done in movie 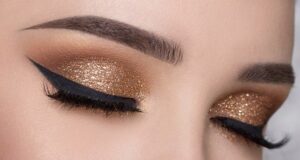 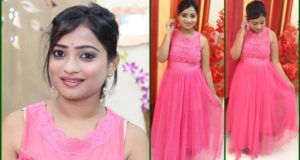