Hero is a just-released movie featuring the two most awaited new comer launches of this year – Athiya Shetty, daughter of Suniel Shetty and Suraj Pancholi, son of Aditya Pancholi. The movie is directed by Nikhil Advani and produced by Salman Khan Films. The movie is a remake of Subhai Ghai directed Hero, in 1983, which was a super hit then. The trailer is already a hit among the viewers while, the movie was released this Friday on Septmeber 11, 2015. The movie is already making news on page 3, because of star cast and also because of Salman Khan. Salman Khan has no stone left for promoting this movie. So, let us discuss about Athiya Shetty Look in Hero.

Athiya Shetty plays the role of Radha, a modern day dancer, well versed with classical and as well as contemporary moves. Radha falls in love with Suraj Pancholi, a poor chap. Then the real story begin, where they play hide and seek and also fight for their love. The story has been already told in 1983 before, but what is interesting in this movie, would be the new faces, their make up and whether they can act or not. 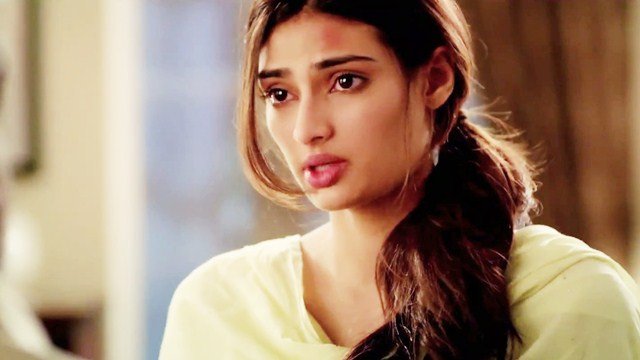 Athiya Shetty stands at a height of 5 feet and 9 inches and has an amazing feature. In the movie, Athiya Shetty’s look is very casual girl next door look. She is spotted in waist length wavy hair in most of the scenes. Her dressing as well is kept in mind with her girl next door image, and not given her lot of jazzy and bold look.

For the make up, Athiya has kept it to minimal. She is mostly seen wearing pink and mauve lip shades, with a touch of foundation. She is gifted with beautiful and clear skin. The look is actually a no-make up look. The shades used are subtle and light, even in blushes, lip color and eye make up. She is hardly seen in any Smokey look or bright look. Most of the scenes are shot in snowy areas. She is spotted wearing caps and mufflers on the cardigans. The color chosen for her caps are bright and really suits her. She is seen wearing beautiful and trendy  cardigans, and stylish robes in the snowy areas. If you are planning a trip to Snowy areas like Himachal, surely take tips from her wardrobe. 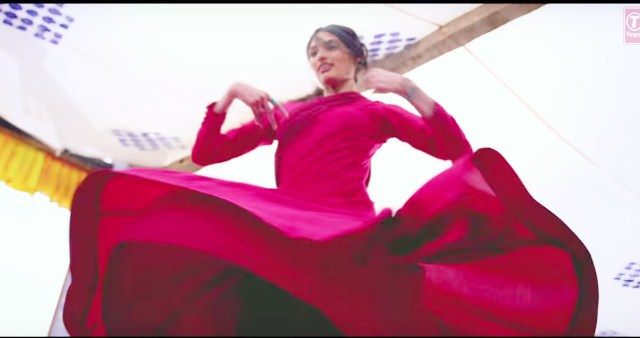 In one of the song, she is featured wearing ‘uttarasanga’, a dress similar to what male Buddhist monks wear, and she is dancing among the Buddhist monks kids. She really looks pretty in that robe, as she is tall and has an amazing body figure. She has worn a hair braid and looks too cute. Here, as well, she is seen wearing a no-make up look, with a dash of lip color.

In another song, She is seen wearing crop top with sequined shrug and green shimmery skirt.The skirt has deep side cut and looks sexy on her.  She has left her hair open to form loose waves. She is matching her steps with Suraj Pancholi and stole our heart. Here as well, in this song, she has kept her make up minimum, and let the natural beauty of hers, flaunt in.

Athiya is also creating news for her dressing sense, while promoting her movie. She is mostly seen wearing high end brands and is surely a great competition to Sonam Kapoor.

Overall, we are waiting to watch this movie. Good luck to the team.